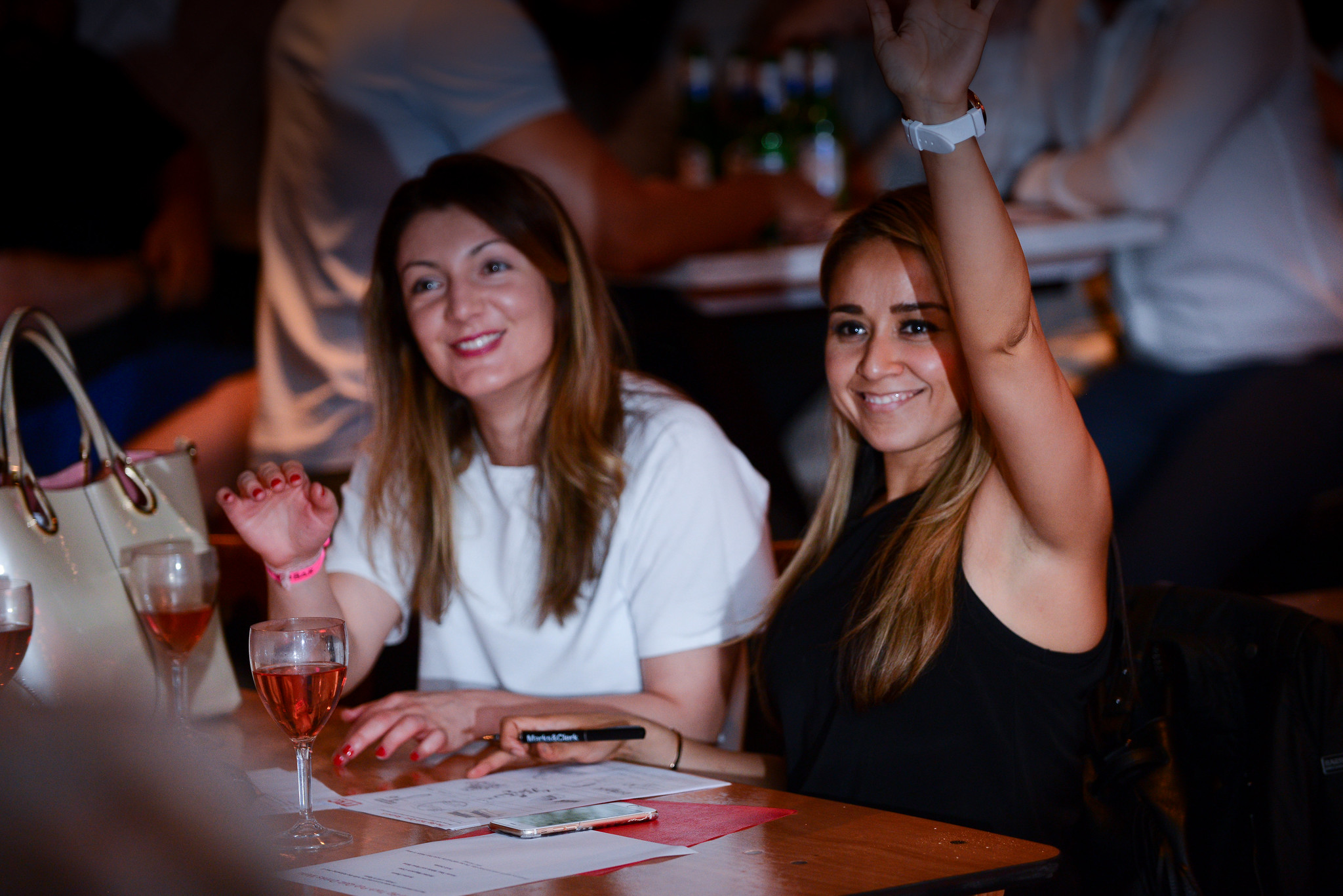 The pub quiz is a uniquely British invention, combining two of our favourite things – drinking and having random facts on instant recall. But why are these alcohol-fuelled exam sessions proving more popular than ever?

What is the only London tube station name that doesn’t contain any letters from the word ‘mackerel’? Hold that thought, we’ll come back to it.

A fondness for quizzes is part of being British. Throw in the opportunity to drink alcohol with our friends and you have the perfect evening of looking a bit clever and feeling a bit merry. Strictly speaking, booze and questions shouldn’t go together, since enjoying the former lessens the chance of the latter being answered correctly.

But, for reasons that neuroscience can’t explain, even when our thinking has been alcoholically-impaired, we can still recall the capital of Canada (Ottawa). Or Elton John’s real name (Reginald Dwight). Or which ocean surrounds The Maldives (Indian).

Suddenly, all that time ‘wasted’ on the internet becomes time well-spent. Losing yourself in Wikipedia, Quora or Reddit, rather than enjoying quality time with friends and family, now feels justified as you can confidently whisper “His name is Ferdinand Porsche” to a team-mate.

Kicking off in earnest in the 1970s, it's now estimated that at least 100,000 people take part in a pub quiz every week. For a pub owner, it’s a no-brainer. Monday to Thursday (the quietest nights) are the most popular to run a quiz and, say landlords, quizzers drink more than football fans. Where some sports viewers might nurse a pint for the whole game, pub quiz participants like to keep lubricated throughout – which can take a couple of hours or more. Over in America they call them ‘trivia nights’ but, frankly, they are a pale imitation of our mighty gatherings. There’s very little drunkenness, for example.

It's also a great way to enjoy time with friends that doesn’t entail the interminable moaning about work/family/other friends. There’s a structure to the night that keeps things moving along nicely. And if you’ve managed to corral a group with a diverse knowledge base (any more than 10 of you is frowned upon, by the way), then there’s a good chance that the prize ­– a bar tab, for instance – will cover the cost of the drinks you sink.

Photo by AxxLC on Pixabay

Competitive fun is a hallmark of British night time culture and the pub quiz, we’re sure, will continue to attract fans of obscure facts for years to come.

Oh, and the answer is St John’s Wood. Keep that nugget safely stored in your cerebellum. You never know when you might need it.

The toughest place to cheat during a pub quiz

Phone bans are a staple of quizzing. And one bar has taken this ruling to the next level. In Hove, a pub owner has constructed a Faraday cage around his bar, The Gin Tub.

For the non-science types, a Faraday cage is a structure which disrupts electromagnetic waves. They distribute electrostatic charge around their exterior and act as a shield to anything within them. In other words, any pub quizzer at The Gin Tub who’s thinking of cheating will find they can’t fire up Wikipedia as the satellite signal is blocked.

The Boogaloo pub in Highgate is famous for many reasons. From its mercurial landlord to its role as the inspiration for The Winchester pub in the movie Shaun of the Dead (the film’s screenwriter and actor Simon Pegg used to drink at The Boogaloo) to being the home of the capital’s longest-running, and best-loved music quiz. It’s one for the real musical trainspotters – even the name of the quiz, Who Killed Bambi, is an obscure Sex Pistols reference. The odd indie-leaning celeb will turn up on a team from time to time and, as the questions are so tough, the jackpot often rolls over. Which means your knowledge of obscure Japan-only released Beatles B-sides could stand you in good stead.

The Shotley Open Spacers from the Bristol Arms pub, near Ipswich, managed to best the all-conquering team from BBC TV show ‘Eggheads’ – a quiz programme that even its audience considers has become too tough in recent years. Here’s where to go if you fancy your chances against the pub team.

If you use any of these, you are a Google-searching disgrace. Please try harder: Quizteama Aguilera, Trivia Newton-John, Quizzard of Oz, Quiz Tarrant and I Thought This Was Speed Dating. A fail-safe fallback option is come up with a name that the MC is embarrassed to read out. It helps if it’s personally insulting to him or her.

Congratulations. You have been identified as the most fun person in your workplace. And the obvious choice to sort a Christmas team night out. No, honestly, it’ll be fine. Read on – we’ve got your back.